The Future of Power in Cities 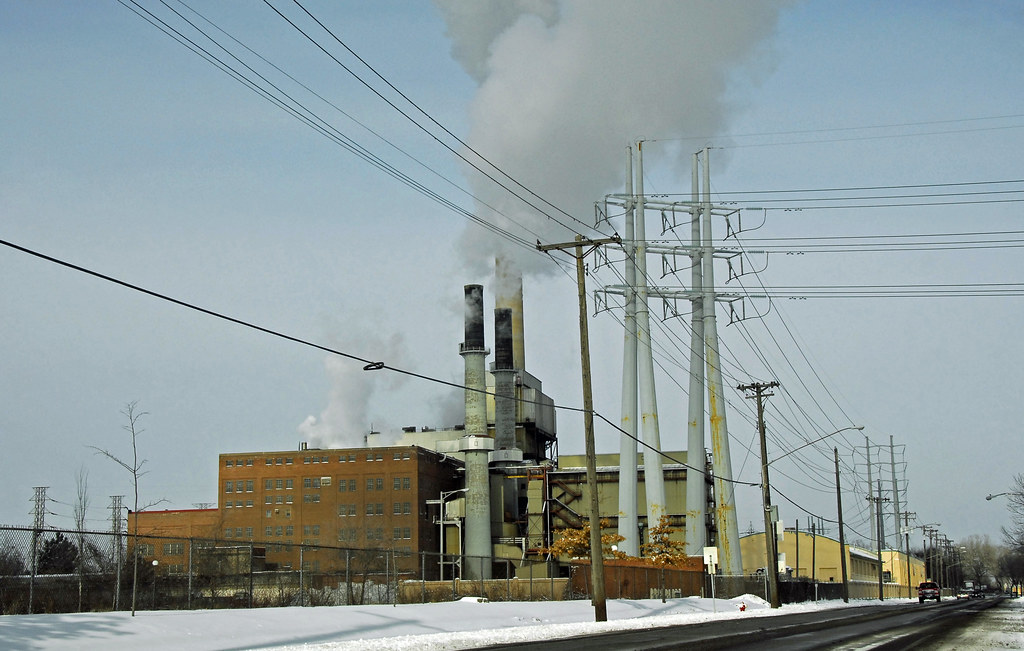 The initial impression of the factory was a feeling of doom. As we passed Suzy’s I thought the last time I was here I was up to no good with a bunch of friends. I had no idea a few blocks down coal was being fired up for electricity. The lax security at the gate reminded me of a video game where zombies have overtaken the city and we had to go into the coal factory to blast them out. On the other hand who would want to invade, take over or blow up a coal factory? Maybe in The Matrix they would. As we pulled up, the rows of gleamingly wasteful trucks mingled with a few winter beaters. It was kinda funny. The conservative values of hardworking manufacturing industrial types came in the form of a brand new Chevy pickup or a 1989 Toyota Corolla (who was in the employee of the month spot). I already assumed the kind of people we might be meeting from this. Then again, only a certain type ends up in coal factories. At least they’re getting paid good. I noticed an archaic union sign up. From this I sensed somewhere an atmosphere of politics floating about. Being raised as an environmentalist thanks to the School of Environmental Studies, I figured, like the tobacco company executives, these workers had already gotten use to the fact that their profession produces toxic fumes which probably have been involved in the death of people and trees. They probably would be devastated if we were to strip away their livelihood for the sake of humanity and nature. At the same time they may have shortened their own lives for working in such conditions around such materials and equipment. So I wouldn’t see them very sympathetic to anything but economics. In my opinion, there’s no policy change without changing people and it hurts not to be able to change anyone’s mind.

The natural gas change would bring about a much needed upgrade to efficient energy production but at what cost to the workers. As noted by our lady guide, the same people have been working for decades now and they probably don’t know anything about newer, refined technologies. I kept thinking as we toured the plant how each piece contributed to loss of energy. An old lever might throw a gauge off which might send too much material for processing and corrode the steel. So many little subsystems in such a large scale proves difficult to replace or restore especially when the plant never stops and everything is interconnected. I thought about those pictures of the industrial revolution in my seventh grade history book and the boilers were exactly it. So somehow I felt the workers were outdated, stuck in another time, and wouldn’t be able to transition. It wasn’t so much that natural gas would surprise anyone but that the technology needed to handle it and the fact they’re getting a new plant would probably shock everyone there. Could they deal with the security and caution of such a flammable substance? I’m not an expert but I imagine a natural gas factory is a little more dangerous than a coal one. And does this new plant mean grey walls and lots of fluorescent light as opposed to blackened steel and an eerie red glow. I wonder what kind of psychological effects does a coal factory have on people. Then to put those people in a completely different situation and lay off their friends and allies brings to mind the sad situation placed on those who can’t keep up with changing economics, younger vibrant new professionals, and a service orientated job market.

I really liked the idea of a coal plant being re-sited elsewhere—that is if we most certainly need it. It seems this factory was placed here simply by proximity to Minneapolis and the water needed by the river. If we are to pollute, we should do it as gracefully as possible, as slowly as we can. Siting a new coal plant with the ideas and policies of air pollution, run-off, noise, wind, temperature variations etc combined with refined technology and hopefully improved working conditions should at least make the energy percentage gained better.

In the end though I’m still confused or unsure about the cost of electricity. Does better mean more expensive or is the economy suppose to adjust somehow because better is more efficient which is cheaper. Certainly my impression of Riverside is that we have to obliterate these old things and replace them. I can’t imagine having to spend every working day in there. If the control room has caught up with the computer industry certainly the other parts of the plant can look better than a Klingon starship. Unfortunately with all the computers in the world, the raw physical equipment in the end creates what we need. Like our computer revolution, I hope we can see another kind of industrial revolution where the mistakes of the past are corrected and we upgrade our infrastructure to meet new demand.